Now this is how a crossover is done. Taking the kernel of an idea, Greg Berlanti and his team developed a four-hour (well, technically three-hour) mega-episode that gave us some incredible new team-ups and fresh interactions between characters that may never talk to one another again. Though the episode of Supergirl can’t really be considered a part of the crossover (since the part that included Barry and Cisco arriving on Earth 38(!) was only part of the last two minutes, and then repeated in The Flash), the other three episodes took the crossover idea to new heights, doing its best to include everyone while building on the mythologies of each individual show. Though it could be argued that the episode of Arrow diverged a little too far out of the crossover aspect, taking too much time inside the “fake” world and not enough time showing the team attempting to get them back, The Flash and Legends of Tomorrow shined bright with action, intrigue and enough comic relief to leave you in stitches. With Cisco providing Kara a way to jump back to Earth 1 whenever she needs to, and each major character having gone through some transformation by the end of the event, we could already see what the repercussions of this major battle would take on each series moving forward, setting up not only future major crossover events, but mini one’s as well.

This season’s most noticeable trend: Movie to TV Adaptations

Television adaptations of movies is hardly a new concept. But over the last few years, it seems to have grown into a normal form of inspiration, one that will churn out half a dozen new shows based on movies every year. And just like any idea, for every adaptation that builds upon its source material in a terrific way (12 Monkeys, Bates Motel), there’s one that fails to come even close to living up to its predecessor (Rush Hour, Minority Report). Unfortunately, the trend doesn’t seem to be slowing down, what with there being around 35 adaptations currently in the pipeline, even though the statistics continue to hold true. Four new movie adaptations hit the small screen this fall and all three were executed with just the right amount of flair. Lethal Weapon was the leader of the pack, doing what Rush Hour couldn’t — teaming two great actors to build on the mythology set up by Shane Black. It doesn’t try to be the movie; it just borrows the best ideas and runs with them in a funnest, most emotional way it can. Frequency also took this route, using the first half of the film to set up the show, then diverting quite well into it’s own must-see mystery. The Exorcist was at first an adaptation in name only… until they revealed that Geena Davis’s character was actually Regan from the original film, which only added some great dimension to an already scary, riveting show. And on cable, Shooter showed its might by staying true to the essence of the film while providing some good action among the mystery and intrigue. Alas, on the other side of the spectrum we had Taken, a feeble attempt at giving us Brian Mills’s backstory; Training Day, where, aside from the late Bill Paxton, the acting was mediocre at best and the vibe was completely lacking in energy; Uncle Buck, which never found a stable voice; and The Mist, which yes, is also another adaptation of the Stephen King short story, but never manages to find any semblance of the claustrophobia of either the book or the much superior film.

Coming Into Her Own Award: Happy Quinn (Jadyn Wong), Scorpion

Three years ago, when Scorpion first premiered, I commented that Happy Quinn was the worst character of the new year. I’m happy to say that over the last season and a half, Jadyn Wong has finally won me over. The more the show has come into its own, the more each character has found their place on the team, and the chemistry between everyone has become so easy and relaxing. But more to the point, Happy’s story arc involving her false pregnancy, her fake marriage to Walter (Elyes Gabel), and her real marriage to Toby (Eddie Kaye Thomas), though somewhat contrived for drama’s sake, truly took Happy’s character in a new direction, one that helped her evolve into someone I could get behind. 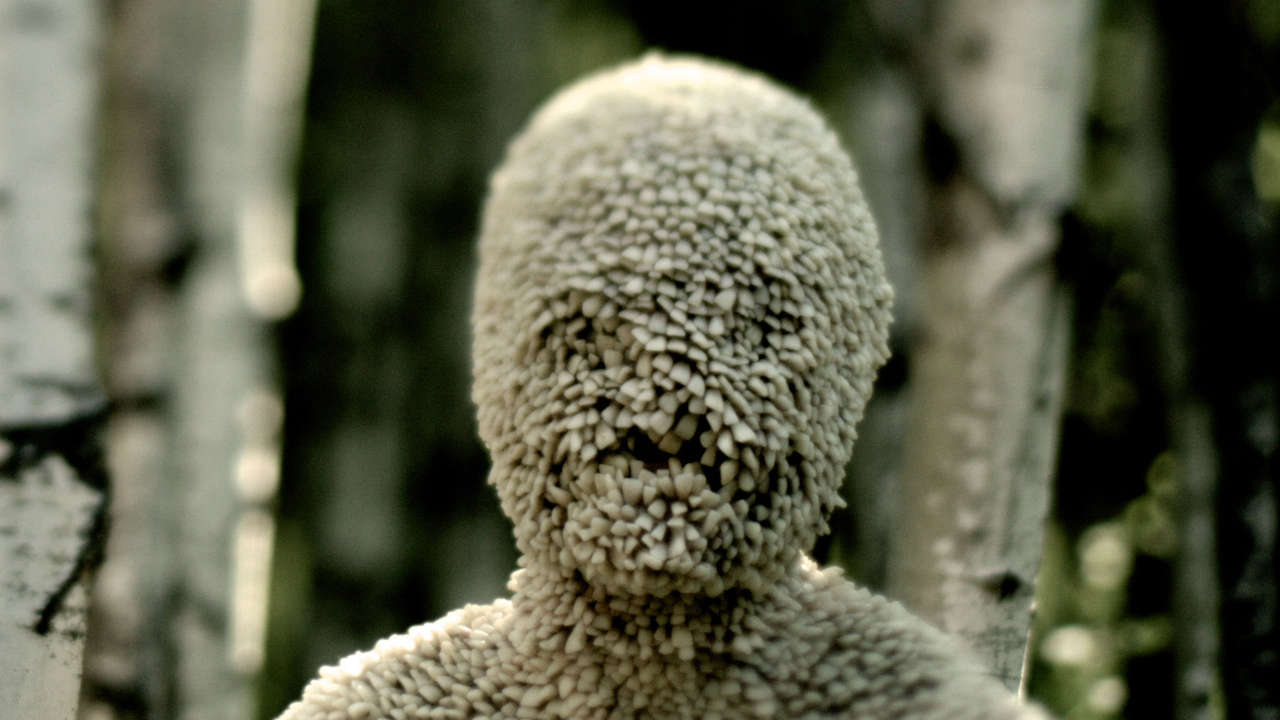 When he first appeared, I wasn’t sure what to make of the this thing. Then you realize the creature is made up of human teeth. And I thought the Candle Cove puppet show that mesmerized (hypnotized) the kids was the creepiest thing on this show. Nope. Then to find out this is how Mike’s (Paul Schneider) twin brother Eddie (Luca Villacis), who Mike killed when they were kids, is able to manifest himself in the real world until he can take over his brother’s body, the whole scenario is just one big weird and bizarre experience. 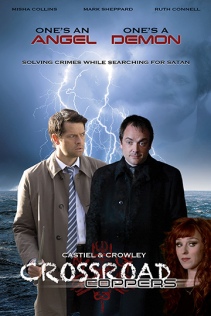 Supernatural has tried to do the spin-off thing before without success (and will try again soon with their planned Jody Mills (Kim Rhodes) spinoff). One reason being, Supernatural stems from the chemistry between Sam and Dean Winchester (Jared Padalecki, Jensen Ackles), so without them, it’s hard to watch another generic Supernatural copy. However, if there was any characters that could be viably spun-off into their own show, it would be Castiel and Crowley. I know it was only a few short episodes, and the ramifications of the recent season finale would keep it from happening, but their team-up to search for Satan throughout this past season has turned out some of the funniest moments on the show. It would be a hoot to watch them become the new Sam and Dean, and because they are already established favorites in their own right, fans would no doubt tune in to see what crazy, scary and ultimately obnoxious cases they would take on. Heck, I like the idea so much, I made a poster.

You know an actor is good when they leave a show and the quality sharply declines. For example, when Barry Watson left 7th Heaven, the show became so much soapier, it was immediately apparent he was the glue that help the saccharine in place. After battling — and beating — Hodgkin’s lymphoma, I’ve wanted him to make a great comeback in a show worth his talents. Alas, when Watson returned to television, he’s straddled with a show that’s so over the top and pathetically lazy that you can’t help but feel for him. Whenever he’s on screen, there’s a quiet energy and lightness about him and his surroundings; whenever he’s not, everything feels forced and hits with the thud of an anvil on Wyle E. Coyote. The overall writing and acting isn’t much better, cramming messages down our throats with labored performances and setting up situations even Lifetime wouldn’t touch. Barry Watson deserves so much more.

Holiday episodes can either come off extremely cheesy are become instant classics, especially on a sitcom. Usually, holiday episodes for a long-running show start to get tired (see Roseanne), as all of the best jokes are utilized early in the runs and the writers don’t quite seem to know where to go with them after a time. However, in its sixth season, Tim Allen and his team of writers came up with a Halloween idea that could have went horribly wrong, but was ended up being executed perfectly. As each member of the Baxter family dressed up as someone else in the family, it was clever to see each of the characters portray another in a cool meta sort of way, giving a fresh perspective on the characters while not overdoing the parody.

Aside from The Walking Dead, most shows refrain from killing off their major characters unless their a sci-fi show where no character death matters because they always bring them back to life (and why Alice’s death, though surprising, isn’t at the top of the list). So it was very surprising to see one of the main doctors on Code Black succumb to a major outbreak at Angels Memorial. In a show like this, you tend to believe that any main character will be miraculously saved by a last minute realization of a cure. But Heather Pinkney became a major casualty when the virus took her before a cure could be found. Completely shocking, yet so in tune with the overall vibe of the show. RIP Dr. Pinkney. You will be missed. 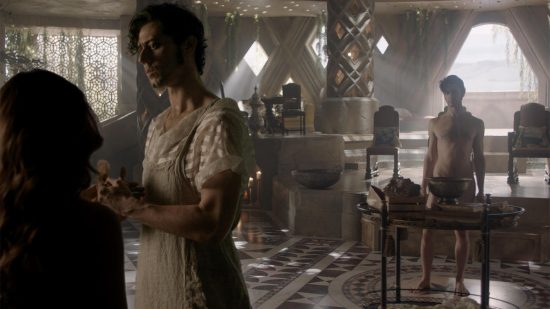 And with that, we close out the 2016-2017 season. Come back next year for more chaotic television awards.