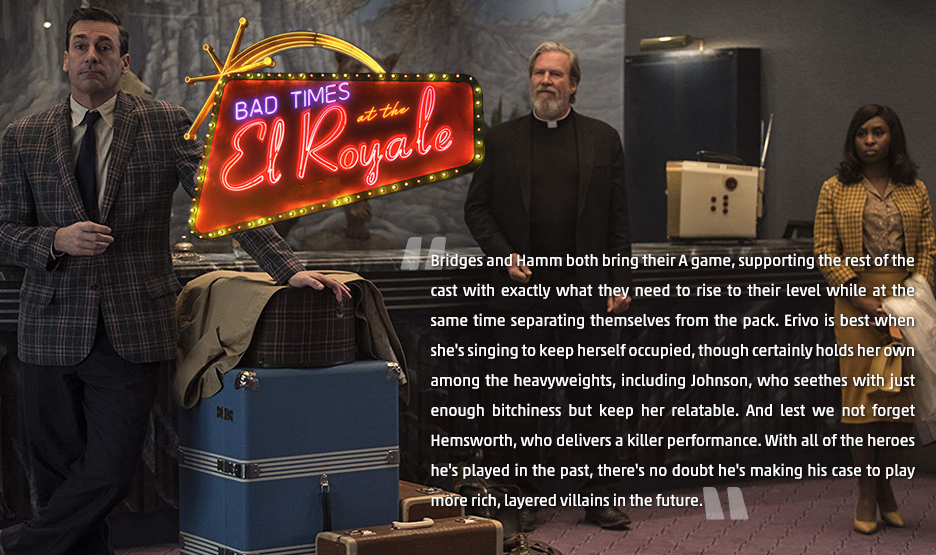 Earlier this year, Hotel Artemis, a film with a big name cast gathering inside a hotel for various reasons, was released. It didn’t last long in theaters, and it’s not hard to understand why: the film couldn’t figure out what it wanted to be as the majority of the cast sailed through their usual schtick without much passion behind it. None of the characters were all that likable, mostly because, aside from the Doctor (Jodie Foster), we never really got to know any of them outside of their overt personalities, so their choices didn’t give us anything to identify with or hold onto. Fast forward a few months to Bad Times at the El Royale, another film with an all-star cast about a group of strangers coming together at a hotel for their own nefarious purposes. The similarities end there, as El Royale turns out to be what Hotel Artemis was hoping to be. END_OF_DOCUMENT_TOKEN_TO_BE_REPLACED