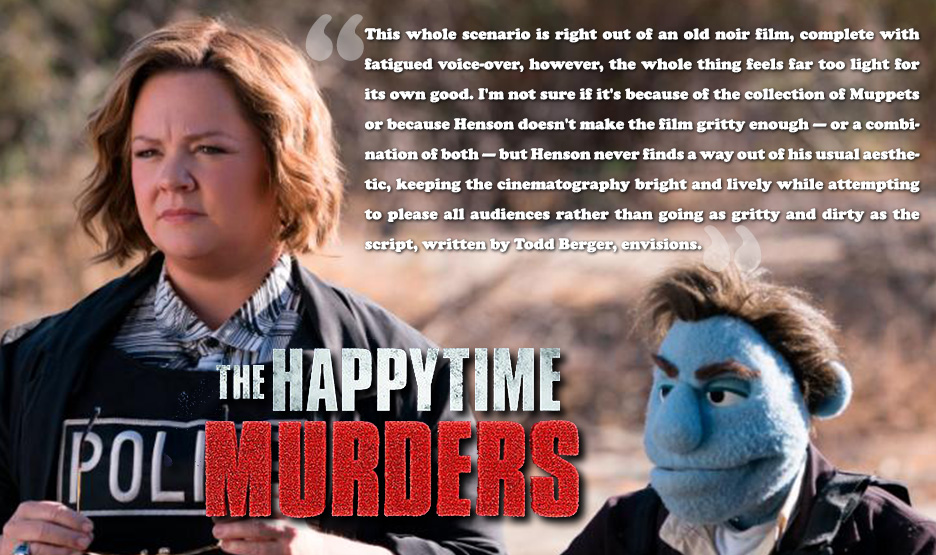 The Muppets have been around for a very long time, brightening the moods of both children and adults. The sense of whimsy, education and absurdity that Jim Henson brought to his creation spoke to generations of fans. The kids liked them because they were fuzzy and cute, the adults liked them because there was an underlying maturity to them. But sometime after Henson’s death in 1990, people seemed to lose touch with the Muppets. They were still around, mostly appearing in the retelling of famous stories like A Christmas Carol and Treasure Island (and of course Sesame Street, which will live on forever, as it should), but they slowly became irrelevant. In 2011, the Muppets started to make a comeback with Jason Segel’s The Muppets, and have slowly been earning their stripes back under the leadership of Henson’s son, Brian, who to his credit continues to try new things to reinvigorate the brand. Through his newest venture, Henson Alternative, Henson brings us The Happytime Murders, a seedy look at the dark secrets behind the Muppets who aren’t famous like Kermit the Frog. END_OF_DOCUMENT_TOKEN_TO_BE_REPLACED