In my review of Mission: Impossible – Rogue Nation, I compared the M:I franchise to the Fast and the Furious franchise, in which the films really found there voice with their fourth installments and haven’t let up on the gas since, each one producing fun, inventive (sometimes wholly outrageous) pieces of entertainment. My viewing of each series followed the same basic trajectory, where the first in the series was just okay, the second worse, prompting me to skip the third altogether (and still have yet to see). When the fourth entry came around, I reluctantly went to see them (Fast & Furious because my friend wanted to see it and Mission: Impossible – Ghost Protocol mainly because of Simon Pegg). To my surprise, both franchises upped the ante and turned what could be considered singular, stand-alone projects into a continuous story where each new entry could stand on its own two feet, but as a whole felt as if they were part of a much bigger world, breathing life into the plots and the action by way of new characters that stuck around beyond their first appearance. With Mission: Impossible – Fallout, the sixth installment of the M:I series, it almost feels like the end of an era, wrapping up story threads going back as far as the third film for one last hooray. END_OF_DOCUMENT_TOKEN_TO_BE_REPLACED

IndieBooks Review – Shot Through the Heart: A Faerie Tale 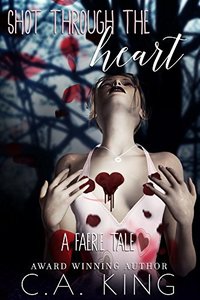 Shot Through the Heart: A Faerie Tale by C.A. King

Readers love myths, legends and fairy tales. Whether it has to do with vampires, werewolves, Greek gods or little red riding hood, mythical creatures and tales of magic and happy endings allow our imaginations to run wild while teaching us lessons in morality. More to the point, fairy tales have a legendary sensibility to them, which is why a lot of writers continue to re-envision these stories with a fresh eye, helping new generations believe in something otherworldly (and maybe teach them a lesson in life, love and friendship). Vampires were given sparkles in Twilight; King Arthur and Robin Hood have seen many  an iteration, and the most prominent re-imagining of fairy tale characters was in the television show Once Upon A Time. In Shot Through the Heart: A Faerie Story, C.A. King brings a new spin to a character not many have tackled, taking us behind the scenes of Cupid and adding a fun twist on the classic god of love and attraction. END_OF_DOCUMENT_TOKEN_TO_BE_REPLACED 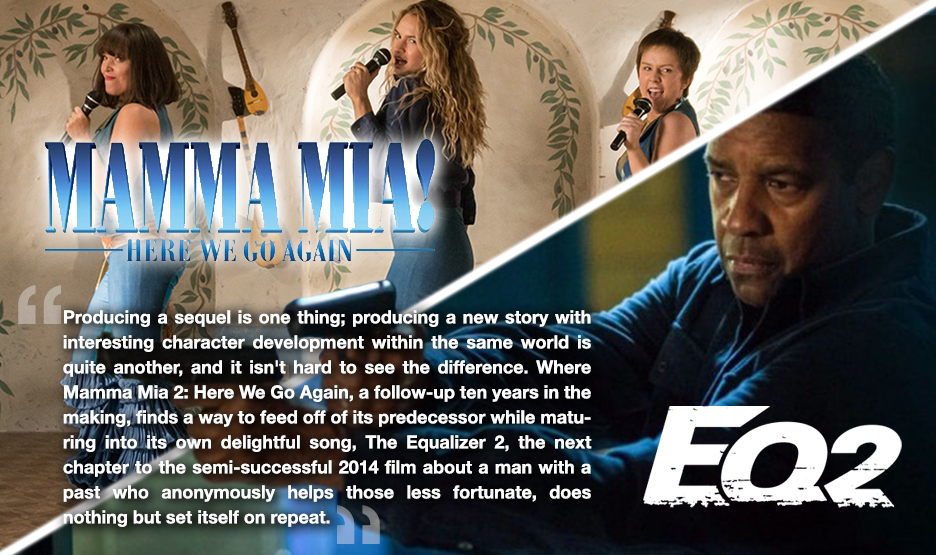 It seems sequel-itis has officially hit theaters this week with not one, not two, but three follow-ups to semi-successful films that most people weren’t hankering for. This comes on the heels of Tom Cruise’s sixth go-around as Ethan Hunt in the Mission:Impossible series and follows a week after the third installment of Hotel Transylvania 3 graced us with its unpleasant summer vacation. I understand that brand recognition can drive sequels, but if that’s the only thing studios are banking on, then they are doing not only the audience, but themselves a disservice. Producing a sequel is one thing; producing a new story with interesting character development within the same world is quite another, and it isn’t hard to see the difference. Where Mamma Mia 2: Here We Go Again, a follow-up ten years in the making, finds a way to feed off of its predecessor while maturing into its own delightful song, The Equalizer 2, the next chapter to the semi-successful 2014 film about a man with a past who anonymously helps those less fortunate, does nothing but set itself on repeat. END_OF_DOCUMENT_TOKEN_TO_BE_REPLACED

Science fiction as a genre is very vague in its identity. The reason being, there are a plethora of sub-divisions within the sci-fi umbrella, which include space travel, time travel, alien planets, futuristic technology, altered states, multi-verses, wormholes, gritty noir, action, drama, comedy and of course realistic science. With Necrotic City, author Leland Lydecker adds political intrigue to that list, tackling a sub-genre that if done incorrectly, could damage a book’s popularity among particular groups of people. Lydecker, though, balances the heavy political material with enough tension and foresight as to allow each reader to utilize the lens of their own predilections to guide them in how the story unfolds and how they ultimately feel about the characters, what they do when confronted with certain decisions, what to take away from the story, and how it relates to the society we currently live and society as a whole. END_OF_DOCUMENT_TOKEN_TO_BE_REPLACED

Harmless (adjective): not able or likely to cause harm; inoffensive. Synonyms include safe, benign, mild, unobjectionable and unexceptional.

All of these words apply to Sony’s Hotel Transylvania 3: Summer Vacation, a harmless, safe form of entertainment that goes out of its way to be as inoffensive and unobjectionable as it can be, ultimately making the film feel benign and unexceptional. If I may, I would also like to add: unnecessary. END_OF_DOCUMENT_TOKEN_TO_BE_REPLACED

Movie Mayhem – Ant-Man and the Wasp 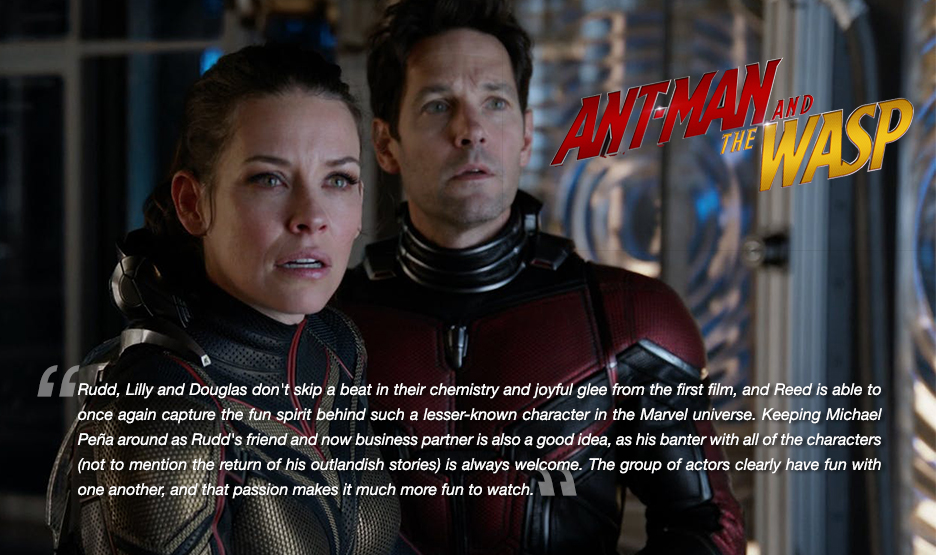 Walton Goggins has been a favorite actor of mine since he first broke onto the scene as Timothy Olyphant’s charismatic and calculated foil Boyd Crowder on FX’s Justified. Goggins brought rich depth and nuance to a character that wasn’t meant to last past the first episode, and he didn’t let any second of screen time go to waste, especially when he shared it with Olyphant, each able to bring out a brother-like camaraderie that intensified the other’s performance. Ever since then, whether it be in TV or movies, Goggins has yet to recapture that presence in the same way. Goggins is a thinking man’s actor, and so far this year, he’s taken roles (or been given them) in films that don’t need any brain cells to enjoy, such as Maze Runner: The Death Cure and Tomb Raider, and that trend doesn’t stop with Marvel’s newest film, Ant-Man and the Wasp. END_OF_DOCUMENT_TOKEN_TO_BE_REPLACED