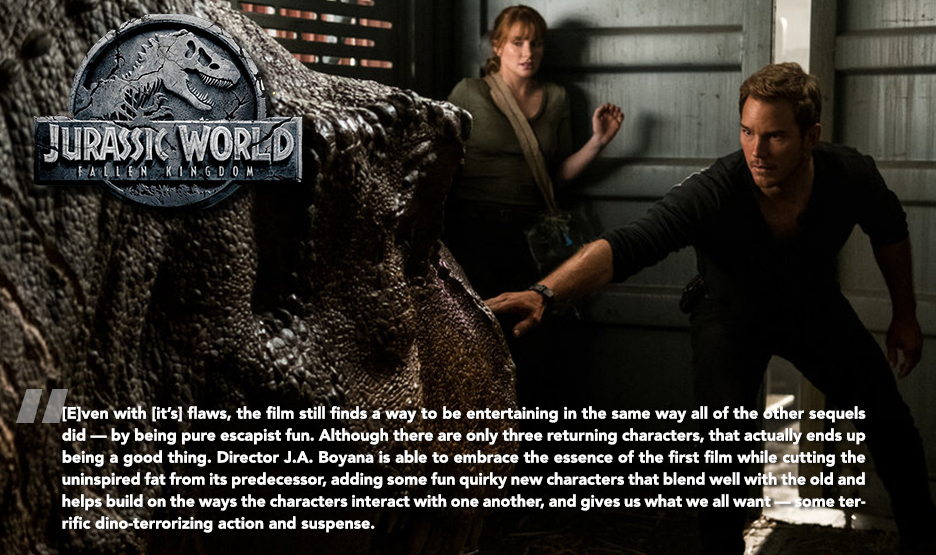 There’s been some controversy recently about producers and studios claiming that some movies aren’t made for critics; they’re made for the fans. For me, this claim is just an excuse to produce films without any effort. If critics weren’t fans of film, why would they subject themselves to hours upon hours of their lives watching them? And if studios don’t want to receive bad reviews, they should stop rushing films into production and do what Pixar does and take the time to develop a good, solid story. On the other hand, everyone will bring their own personal experiences with them into a film. Where one person sees a masterpiece, another sees boring tripe. You’re never going to please everyone; all you can really do is make the best possible movie you can and let the chips fall where they may. Somoene’s opinion should never be mocked or ridiculed just because it doesn’t line up with yours. I know not everyone is going to like Jurassic World: Fallen Kingdom, the newest entry into the dino-centric franchise. Some will think it’s a retread of The Lost World: Jurassic Park, some won’t be interested in the cast, and some will say it’s nothing more than a cash-grab. And that’s fine. As for me, I enjoy an array of different types of films, and as both a critic and a fan, I thought Fallen Kingdom was a welcome addition to the franchise. END_OF_DOCUMENT_TOKEN_TO_BE_REPLACED 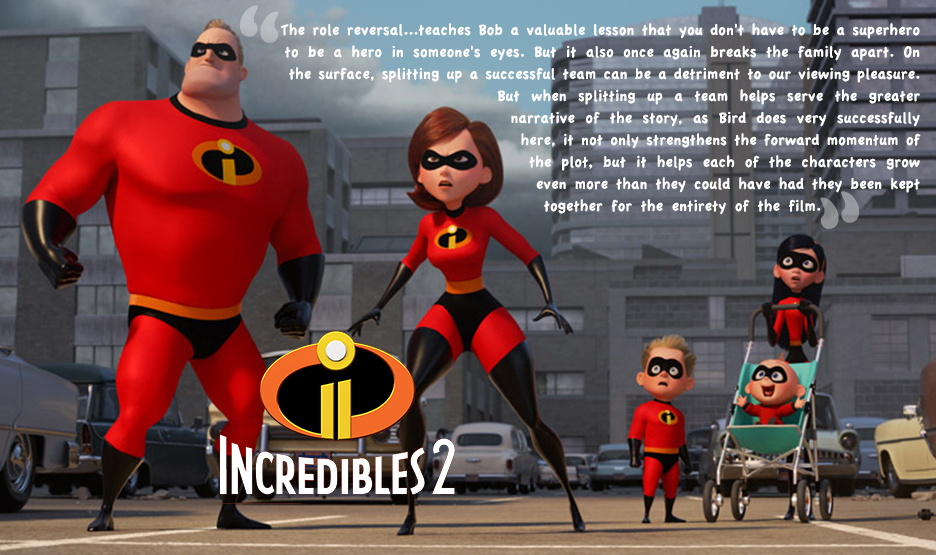 When The Incredibles first made their way to the big screen in 2004, I really enjoyed it, as I do all Pixar movies, but I didn’t seem to appreciate it the same way I did  films like Toy Story and Finding Nemo. I’m not sure what it was, but there was something about it that didn’t quite click. Over the years, though, after several repeat viewings, the film has grown on me more, and I can appreciate what writer/director Brad Bird was able to accomplish. Fourteen years later, Bird returns with Incredibles 2, the long-awaited sequel to his superhero love song. Can it live up to what many fans of the original have been clamoring for? Or has the magic worn off due to the length of time it took to finally get this film off the ground? In many ways, it may be a little of both. END_OF_DOCUMENT_TOKEN_TO_BE_REPLACED 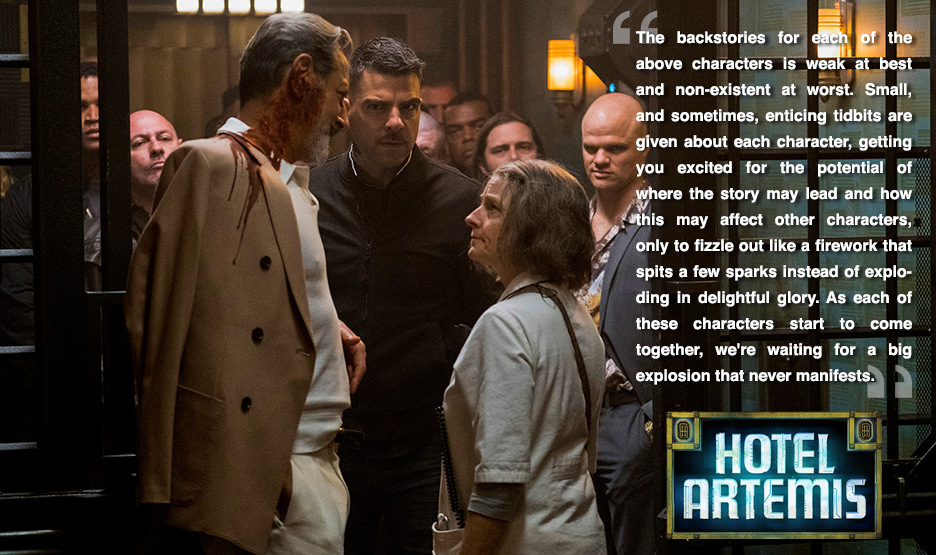 Don’t be fooled by high-caliber casts. When the advertising for a film focuses heavily on the well-known, and in some cases, incredibly talented actors, it doesn’t necessarily equate to a particularly good film. Case in point — Movie 43. This 2013 film boasted about its extremely big names that all came together to have a good laugh. The end result, though, was a disgusting mess of a film that had almost zero laughs, took their premises way too far, and didn’t know what to do with their all-star talent. I can’t say that Hotel Artemis is near as bad as Movie 43, but it spends so much time lamenting over the caliber of its cast, that it completely forgets to give any of the characters or the plot any meaningful substance. END_OF_DOCUMENT_TOKEN_TO_BE_REPLACED 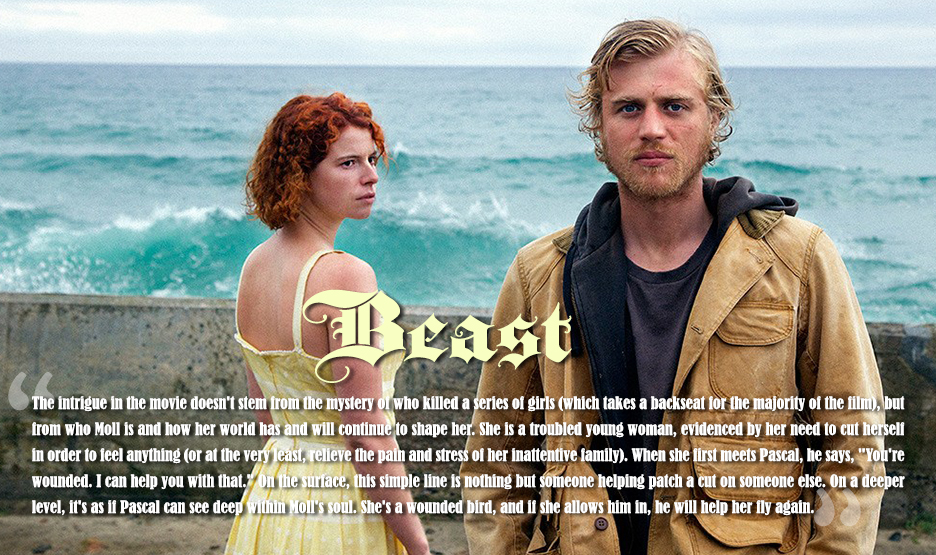 Occasionally, it’s good to cleanse the blockbuster palette with a smaller movie that you’ve never heard of before, never saw a trailer for, and don’t know any of the actors involved. Sometimes, these types of movies can be brilliant pieces of thought-provoking art; other times, they’re mind-numbing snooze-fests. Beast, a British import filmed in and around the UK and distributed across the pond in 2017 (and originally titled Jersey Affair), falls somewhere between these two extremes. It has some very quiet, eloquent moments that keep you invested in the mystery that surrounds the plight of the characters, and yet, because its pace can be a bit on the slow side, and its message so subtle as to become confusing, it’s far more frustrating than exhilarating. END_OF_DOCUMENT_TOKEN_TO_BE_REPLACED