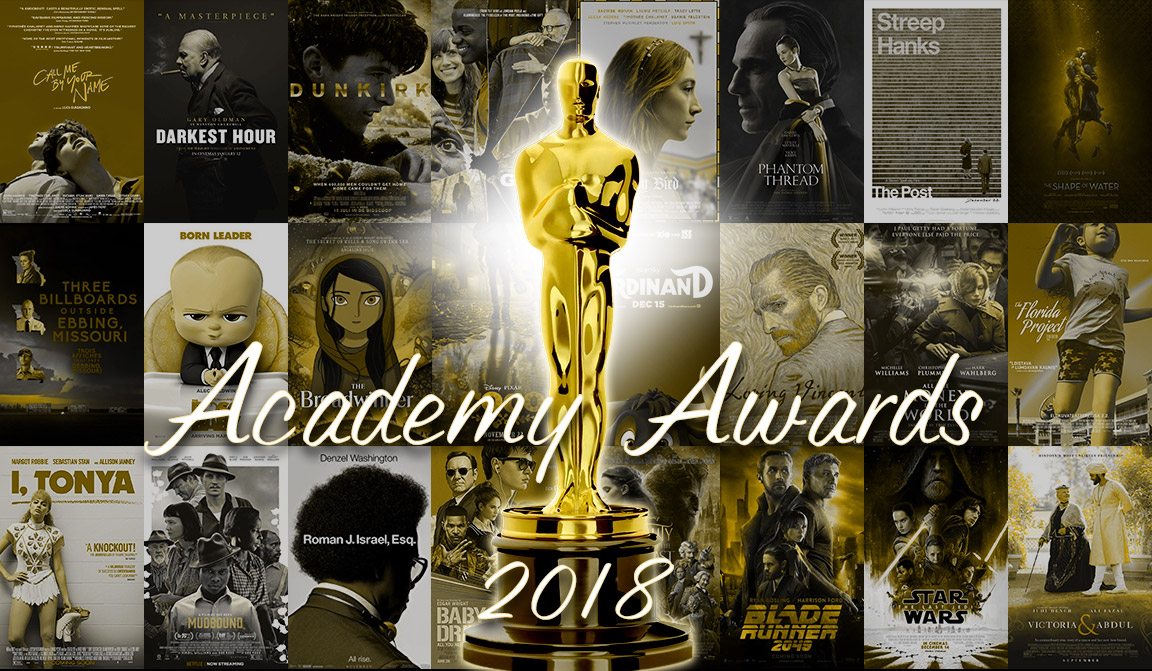 The Academy Awards will celebrate their 90th year this year. What does that mean? Not much. It’s just an interesting little factoid. Come back to me when the show turns 100, and then we’ll talk. Until then, awards will continue to be handed out, there will be some welcome surprises (and at least one shocker that no one sees coming), a lot of annoying political talk, and of course some predictable antics among several highly paid, talented people patting themselves on the back for over three hours.

And I can’t get enough of it!

With it all comes my predictions for this year’s main categories, as well as a few of my own special awards for those who should be recognized in categories meant more for the MTV Movie Awards than the great, prestige of the Oscars.

Best Picture (Nominees – Call Me By Your Name, Darkest Hour, Dunkirk, Get Out, Lady Bird, Phantom Thread, The Post, The Shape of Water, Three Billboards Outside Ebbing, Missouri)

Who Will Win: Three Billboards Outside Ebbing, Missouri
It’s certainly refreshing to see a horror movie find its way onto the list this year, but you have to know it has no chance of winning against the crop of prestigious films the Academy chose to honor this year. Most pundits are leaning toward The Shape of Water or Phantom Thread taking home the top prize, but I have a feeling that Three Billboards Outside Ebbing, Missouri will edge out the win by a close margin.

Who Should Win: Darkest Hour
Of all the nominees this year, Darkest Hour was the one that remained compelling throughout no matter how slow the pace may have appeared on the surface. Even though there isn’t a lot of action, and the majority of the film revolves around politicians talking and conspiring against one another, thanks to a bevy of incredible performances and a timely story that holds your interest with its similarities to recent politics, Darkest Hour was the most compulsively fascinating of the bunch.

Who Will and Should Win: Gary Oldman
There may be a lot of terrific actors on this list, but Gary Oldman hands down gave the best performance I saw last year. And it’s no surprise, as I’m not sure he’s ever given a bad performance (well, maybe when he was Lost In Space). Oldman’s professionalism is so high, he can deliver an incredible performance in films he doesn’t even want to be in (see The Fifth Element), which can’t be said for everyone. What’s surprising is how Meryl Streep has been nominated 21 times and Oldman has only been nominated once before. With his convincing, over-the-top yet reserved performance as Winston Churchill, Oldman’s fight for gold will be over. 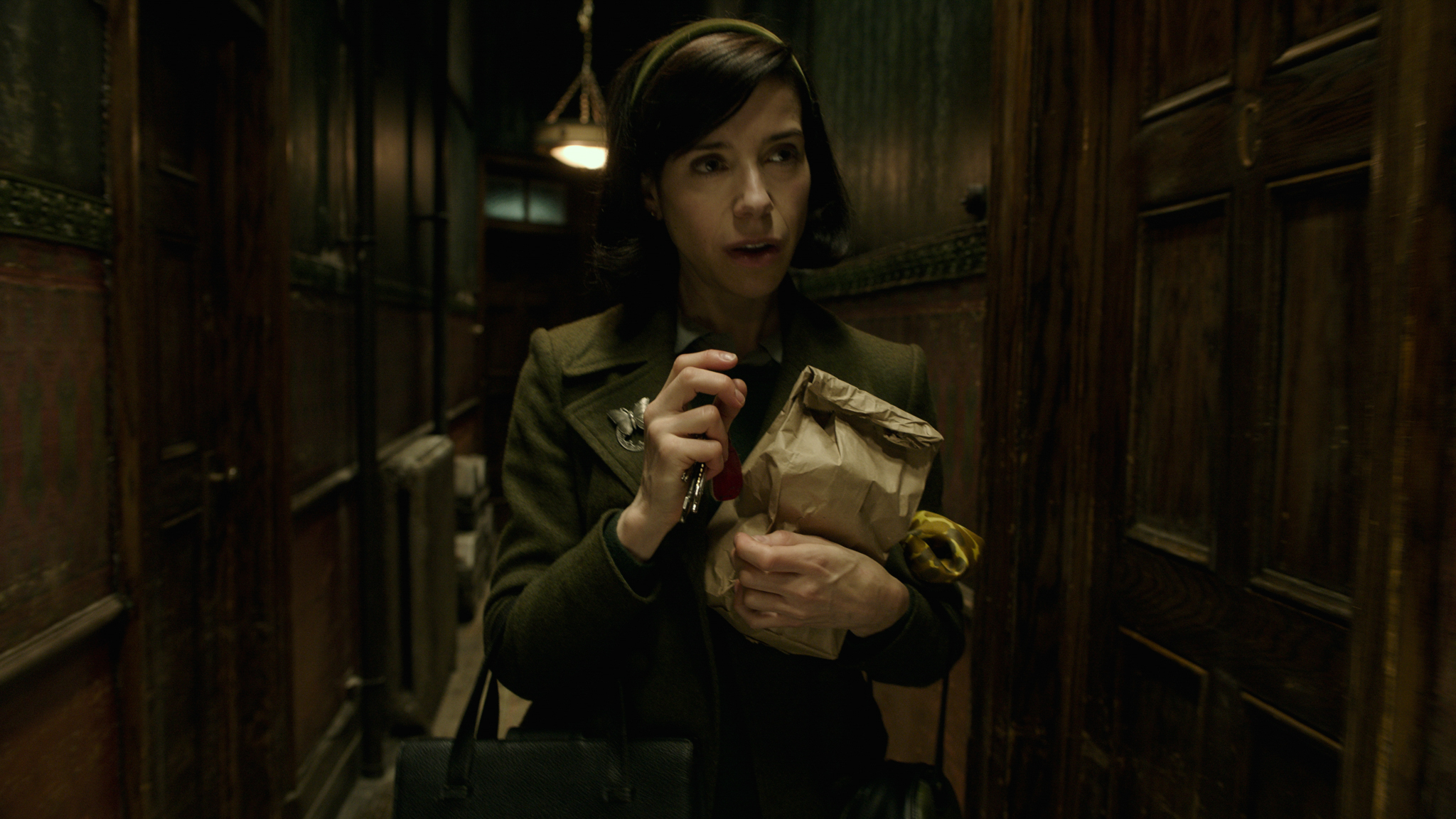 Sally Hawkins in The Shape of Water

Who Will and Should Win: Sally Hawkins
Part of me wants Saoirse Ronan to win, just to see how bad the presenter fumbles her name. It’s not going to happen, but that would be fun to watch. And though Meryl Streep will probably be on this list even after she’s dead, her performance in The Post wasn’t anything we haven’t seen before. And though Frances McDormand was the glue that held everything together, her reserved performance (which allowed everyone around her to shine even brighter) opens the door for Sally Hawkins’s  beautiful, passionate, wordless performance to come out on top.

Who Will and Should Win: Sam Rockwell
Much like Oldman, it’s really hard to believe this is Sam Rockwell’s first Oscar nomination. Then again, Rockwell’s performances always seem so effortless and comfortable that they tend to fly way under the radar. Not this year. Rockwell is as good as ever as the racist cop in a small town, and though every person on the list provided their films with tremendous gravitas, with all of his wins across other award shows this year, this is Rockwell’s category to lose… unless Woody Harrelson pulls too many votes away, allowing Willem Dafoe to slide in. Which isn’t going to happen… 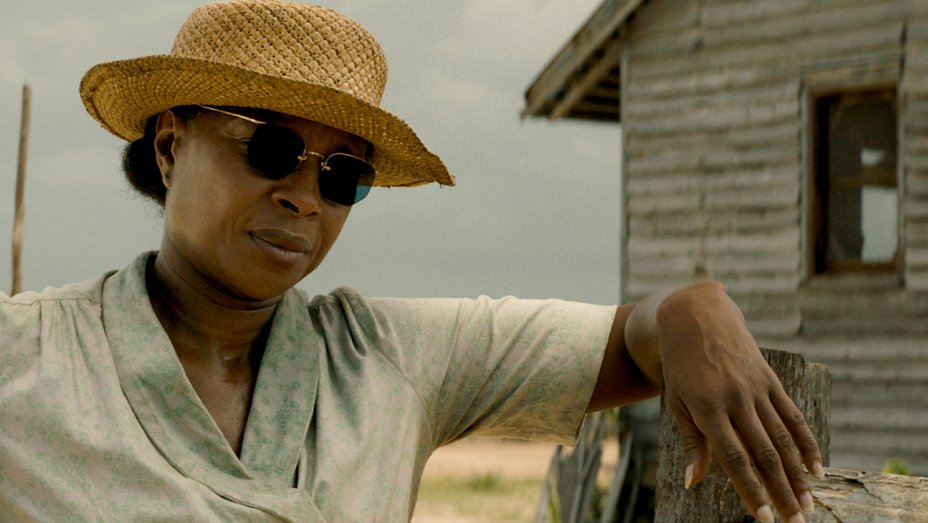 Who Will Win: Mary J. Blige
Though I didn’t see Mudbound, my gut says that Mary J. Blige will be walking away with the award, mainly because all of the rest of the players in the field, though good, didn’t necessarily give performances that screamed Oscar. Don’t get me wrong, Allison Janney was outstanding, but a little too much, and Octavia Spencer does what she usually does, so the Academy will more than likely award the gold to this year’s outlier.

Who Should Win: Laurie Metcalf
With that said, of the movies I did see, Laurie Metcalf is probably the most deserving. Her performance as a worn mother trying to navigate her daughter’s coming-of-age problems is nothing special, but that’s what makes it so brilliant. She’s a normal person, doing her best to give her daughter the life she deserves while biting her tongue when she allows her to find her own way by making her own mistakes. This inner turmoil is why her performance is the most honest and relatable, and exactly why it should win.

Who Will and Should Win: Guillermo Del Toro
Once again, we have a category the Academy will no doubt get right. Kudos for Jordan Peele for joining the ranks of these stalwarts with his motion picture directorial debut (and Greta Gerwig for only her second pass at directing), and though Nolan and Anderson are no stranger to the Oscars, their films may have been too puzzling for a lot of Academy voters. That leaves Del Toro with his compassionate, loving homage to creature features that makes what’s on the surface a creepy film about a cross-species relationship into a quiet love story that you can believe in. 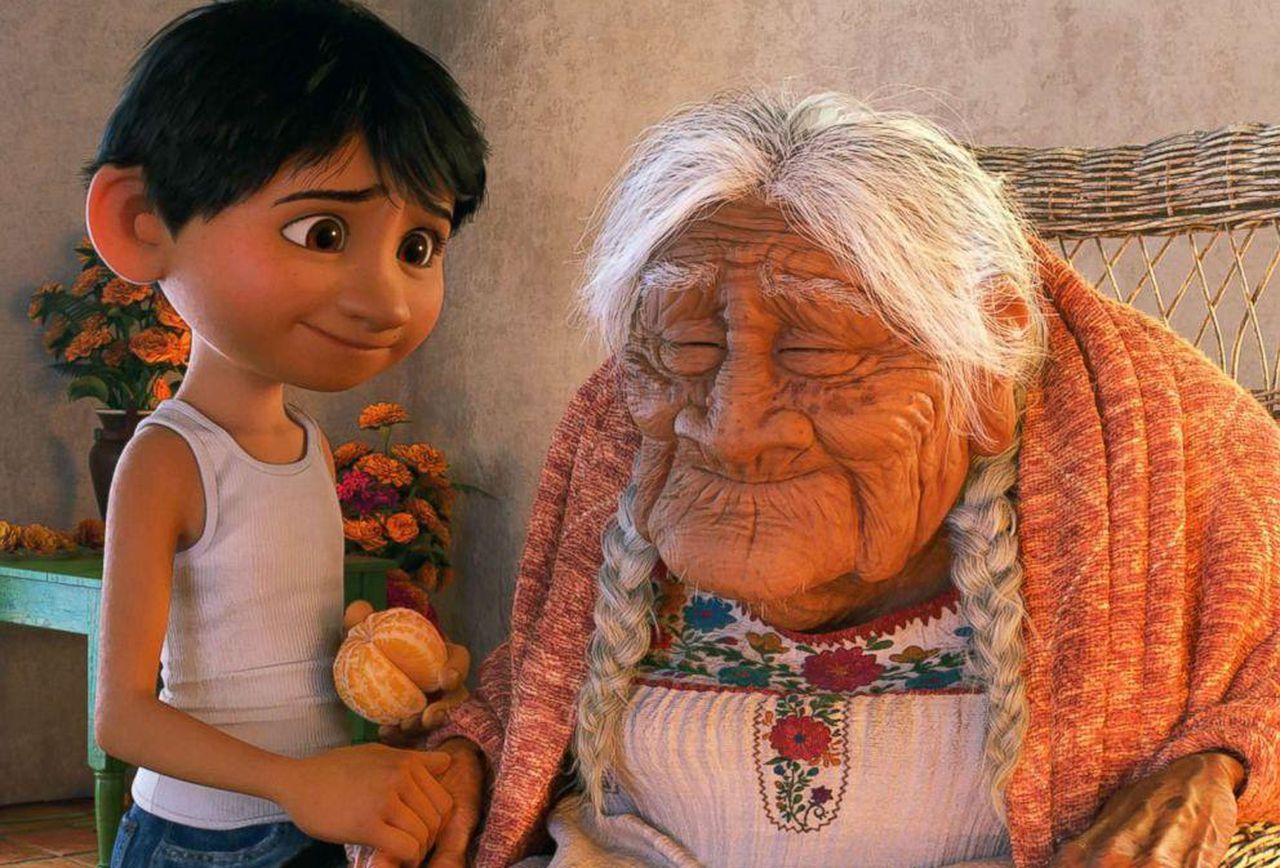 Who Will and Should Win: Coco
This one’s a no brainer. Pixar will take home the gold once again for their funny, heartwarming look into Mexico’s Dia De Los Muertos holiday. A lot of people were afraid audiences wouldn’t connect to the film because of the premise, but Pixar’s creativity and penchant for storytelling goes to show that when you have a strong, emotionally resonant story with interesting characters, people will watch, no matter the subject matter.

Best Ensemble: Molly’s Game
It’s interesting that neither Jessica Chastain nor Idris Elba were seen as award-worthy with their fascinating turns in Molly’s Game. Elba, especially, who delivers one of the most passionate, well-acted speeches in any movie this year. Add to that a supporting cast that doesn’t miss a beat, and you have a terrific ensemble that drives the true story of a woman being indicted for running an illegal gambling game into an incredible journey of self-discovery.

Best Underage Ensemble: It
Nothing against Get Out, but if the Academy wanted to reward a stellar horror film, this is the one they should have honored. I wasn’t too happy when I first heard they were remaking the film, as the original TV movie was one of my favorites growing up. And as a long-time Stephen King fan, I hate when Hollywood screws up one of his masterpieces (*cough*The Dark Tower*cough*). But thanks to a fantastic ensemble of kids I was happily relieved by how well the film was done. There isn’t a weak link among the casting choices for the members of the Losers Club (even when the film ignores a couple of them for large amounts of time) and their chemistry is better than a lot of adult pairings. These kids have bright futures in the industry, no doubt.

Best Integration of Music: Baby Driver
Musicals aside, Baby Driver had one of the best uses of music in movies last year. Not only was the soundtrack filled with unorthodox songs (not top ten hits like you’d normally hear in a film like this), but Edgar Wright made it a point to make the music a character. Whether it’s Baby (Ansel Elgort) rewinding his music when things go wrong so he can keep his mojo running smoothly, or gunfire in a shootout mapped perfectly with the beats of the music, Baby Driver doesn’t hold anything back in writing to the music rather than the other way around.

Best Homage: The Disaster Artist
The story behind the making of one of the worst films ever made could have been a complete joke in the wrong hands, making fun of its source rather than embracing it. James Franco understood the man behind the film so well, that he was able to capture the heartbreak of a man who wanted to be liked, but was so socially awkward, he didn’t know how. With the film structured around the unlikely and loving friendship between Tommy Wiseau (James Franco ) and Greg Sestero (Dave Franco), Franco honors the man behind the disaster while presenting a window into why his film deserves the cult following it grew to acquire.

Best Split Personality: James McAvoy, Split
M. Night Shyamalan may never see his name called on Oscar night, as his writing can be sometimes derivative, and his films are often critically and publicly derided, but when he is on his game, and he has actors like James McAvoy by his side, the man can deliver greatness. The thing is, I’m not sure Split would have been as good had it not been for McAvoy, who portrayed Shyamalan’s characters with such devotion, embodying each of the personalities with just enough zeal and variance to make him feel different, but still part of the same character.

Best Depiction of Carnage: Free Fire
There were two films this year that broke the boundaries of action-violence storytelling. And though The Belko Experiment was a better overall film (but not by much), Free Fire showcased a much more bizarre, insane side of violence. Both films had unique story structures, but Free Fire had a much more eclectic cast that made the film a fun, wild ride. As two groups of criminals find themselves in an hour long shootout, we get silly decisions, playful banter, smart moves and enough subtlety to whet our adrenaline.

Best Religious Feature: The Shack
Joel Edgerton gives an emotionally satisfying performance as a grieving father who finds a letter urging him to go to a shack in the wilderness for answers to his daughter’s kidnapping. While there, he has an experience with God that speaks deeply to the those who may have lost someone in a terrible accident, spreading the message for why something so painful could happen to someone so kind, and how one can move on and find solace in the gentleness of God’s ultimate love.

What do you think? Who will win and should win the Oscars this year? Do you have any movies or actors you’d like to give a shout out to for their excellence in 2017?

This entry was posted on March 3, 2018, 4:48 pm and is filed under Commentary, Entertainment, Film, Movies. You can follow any responses to this entry through RSS 2.0. You can leave a response, or trackback from your own site.