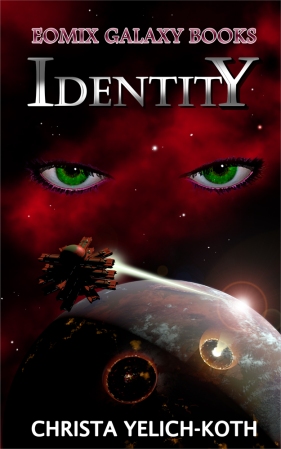 When you end a book, movie or an episode of a television series in a way that informs the reader or viewer that the story will continue, speculation, especially now through the use of the Internet, can run quite rampant. People who enjoyed your work may begin to dissect everything that happened and devise their own theories about what’s to come and what should happen to the characters they love, leading to high expectations that more than likely will be crushed under the hammer of the author’s plans. One recent example of this phenomenon is Star Wars: The Last Jedi, which subverted a lot of fan theories and upset a lot of people because it didn’t go the way they thought it should. This is a tricky thing to navigate for writers, but that shouldn’t stop them from telling the story they are inclined to write. It is up to the reader to subvert their own prejudicial expectations; if they can’t, there’s nothing the writer can really do about that. But when they can, it becomes a much richer experience for the reader as they enjoy the evolution of the story the way it was meant to be told.

In my review for Christa Yelich-Koth’s novel, Eomix Galaxy Books: Illusion, I thought it was a little off-putting that the book didn’t feel complete; the story abruptly ended without any real closure on the events that happened. My feelings haven’t changed after reading the second half of the story, Eomix Galaxy Books: Identity, which does a good job of bringing the story to a satisfying conclusion. The thing is, had the two books been combined into one larger piece, a lot of what feels superfluous and repetitious could have been stripped, leaving behind a story and pace that would have made the entire thing that much more riveting.

Identity picks up a few days after the events of Illusion, but the focus of the book dramatically shifts from the trials and tribulations of our original heroine, Daith, to a rescue mission orchestrated by her friend, Torrak. This shift might be somewhat jarring for those who are more interested in Daith and how she handles the events of the last book, but where I thought Daith and her journey was the most exciting part of Illusion, her storyline becomes quite flat for the first two-thirds of Identity, giving way for Torrak and his adventure to become the highlight of this chapter in the Eomix Galaxy series.

Because Torrak was a witness to Daith’s abduction by Trey Xiven, the commander of the Aleet Army, he is now a target of clean-up attempts by Xiven to hide what happened. When Torrak wakes up in the hospital, he quickly learns that he’s the only person who remembers Daith. Not even her own sister can remember (and when she starts to, the mind-altering drug she was given causes her to forget once again). So it is up to Torrak and his best friend Kalil to find out what happened and rescue her from Xiven’s nefarious plans. Along the way, the two unlikely heroes run into a bevy of colorful characters who help Torrak track her across the galaxy in one form or another, while being pursued by one of Xiven’s assassins.

Meanwhile, Daith continues her struggle to find peace with her new life. She still isn’t quite sure who to trust, and her determination for revenge grows stronger as Xiven and the Aleet Army get closer to their ultimate destination. To prepare her for the eventual war on Xiven’s home planet of Sintaur, Daith begins training with a new mentor, Cenjo, who starts to have reservations about where everything is heading. He isn’t quite sure Xiven is on the up-and-up, so he keeps a watchful eye over the both of them to hopefully prove himself wrong.

A lot of what happens with Daith feels a bit repetitive as she continues her training and fights her daemons — in this case, her dreams — for control over her powers. At the same time, some of what happens to Torrak feels like a waste of time, as it doesn’t do anything much for the story. Take for example a scene in which Torrak stops on a planet to fuel his ship. Though this is an example of grounding the story in reality, the entire moment of him landing and fueling takes up about a page or so where nothing at all significant happens. Something like this could have been mentioned in one quick sentence in passing and no one would have batted an eye as to the realities of space travel.

It is instances such as these when I wish Illusion and Identity would have been combined into one book. This way, the timeline could have been condensed so it didn’t feel so stretched out, and both Daith and Torrak’s stories could have been told simultaneously, making the pace much quicker and keeping our interest more contained.

But with all of that aside, the last third of Identity almost makes up for everything. Christa does a terrific job setting up all of the character arcs to lead to an explosive finale that is written with an extraordinary flair, wrapping everything up in a way that was wonderfully unexpected, giving weight to Daith’s character and ending Torrak’s wild, fun adventure on a high Illusion failed to achieve.

Christa Yelich-Koth is an award-winning author and graphic novelist, and co-founder and head of submissions for Buzz & Roar Publishing. Born in Milwaukee, Christa graduated with a Bachelor of Science in Biology, which helps her when writing creatures and worlds in her science fiction. She writes because “I love creating something that pulls me out of my own world and lets me, for a little while, get lost inside someone or someplace else.”

Check out all of Christa’s social media platforms:

If you are an independent author and would like your book reviewed, let me know in the comments section with a link to where I can purchase the book. If I find it intriguing, and it’s something I think I’d like, I will purchase a copy and add it to my reading list. I will be doing one independent book review per month, so not all requests will be accepted.