Film Festival To Screen “Secrets of the Desert Nymph”

It is my sincere pleasure to announce that my feature film, Secrets of the Desert Nymph, has been accepted as an official selection in the 1st annual Temecula Independent Film Festival of the Hollywood and Los Angeles California Wine Country, which takes place June 10-14, 2015 in the heart of the Temecula wine country.

Secrets of the Desert Nymph is a coming of age drama of love, loss, love and desire centered around several teenagers as they mature into young adults. I wrote, directed and produced the film in and around Minden, Nevada in late 2011, and then spent nearly the next year editing the film for its premiere in September of 2012. And now, nearly three years later, Secrets of the Desert Nymph finally makes its festival premiere.

The film was co-produced by Donna Walden (Northern Nevada Film Factory) and Brett Caron (DaVinci Designs) as an advanced youth filmmaking workshop, wherein the majority of cast and crew were teens between the ages of 13 and 20. I would like to take this opportunity to once again thank everyone involved, including the Carson Valley Arts Council; without you, this production would not have been possible.

Secrets of the Desert Nymph will screen at Noon on June 14th to help close out the festival, which takes place at the Glenoak Hills Community Center, 40601 De Portola Road, Temecula, CA 92592. Tickets are available now for $5 per film block (or $5 for all of Sunday’s events), and you must pre-order them online at http://www.tifilmfest.org/. But that’s not all: because the Temecula Independent Film Festival is a non-profit 501(c)(3) entity, all purchases are tax-deductible.

I am very proud and honored to have this inspiring, thoughtful, heartbreaking film screened for the wonderful Temecula Valley audience at the Temecula Independent Film Festival’s inaugural run. And fear not: if you want to see the film, but for whatever reason are unable to come to the festival on June 14, you may purchase the film at any time on Amazon to watch at your leisure.

To learn more about Secrets of the Desert Nymph: http://www.divinetrinityfilms.com/Secrets_Desert_Nymph/

To learn more about the Temecula Independent Film Festival: http://www.tifilmfest.org/ 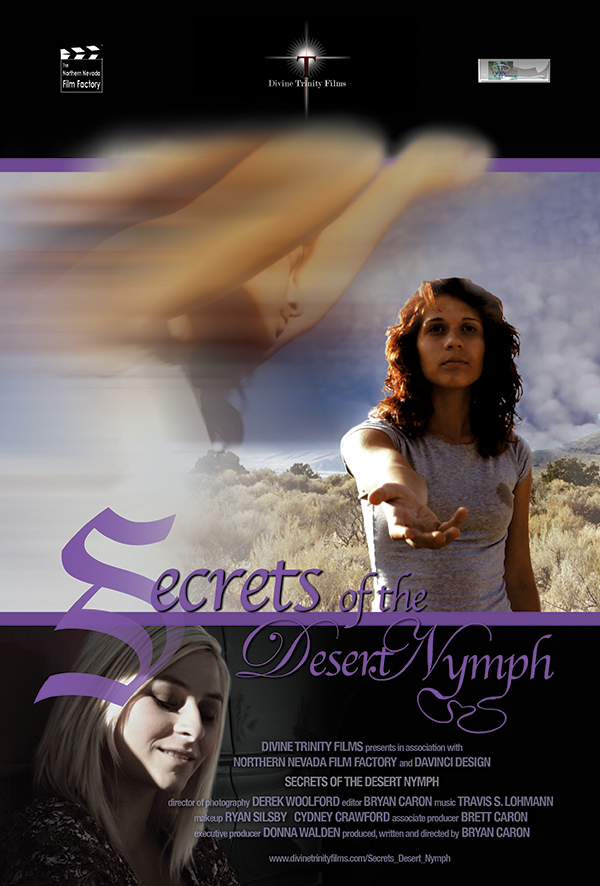 Official Poster for “Secrets of the Desert Nymph”

This entry was posted on May 18, 2015, 11:07 am and is filed under Entertainment, Film, Promotions. You can follow any responses to this entry through RSS 2.0. You can leave a response, or trackback from your own site.