Learning is one addiction that is always worthwhile, the one addiction that should always be encouraged, no matter what, simply because learning is what fuels a person’s growth and gives them the skills to move forward and rise up against failure, which in and of itself is another necessary teaching tool. As Ben Gates says in National Treasure — “You know, Thomas Edison tried and failed nearly two-thousand times to develop the carbonized cotton-thread filament for the incandescent light bulb… and when asked about it, he said, ‘I didn’t fail; I found out two-thousand ways how not to make a light bulb.’ But he only needed to find one way to make it work.”

Over the last month, I’ve inadvertently (and thankfully) learned a lot in a variety of skills, and in so doing, have grown as both an artist and web designer, but only after having failed a few times in the process.

When I first started my new business, I knew I was going to have to spend time learning a few new things that either I simply had no use for before, or was too lazy to learn, specifically in the realm of web development. From the time I first learned the basics in graphic design, I’ve known how to create basic, and for the most part, static websites. But as time went on and web development grew more advanced, and the technology changed and altered the way people viewed websites, that initial skill set grew quite stale.

The reason for that is in both scripting (or programming) languages, such as Javascript and PHP, and responsive design layouts. Neither of these were ever part of what I learned some ten years or so ago, so having to dive into these concepts was extremely daunting, to say the least. It almost felt as if I was suddenly blind and forced to navigate the waters without help.

But I did have help — in the form of Google, YouTube and a various number of websites and bloggers who I owe a debt of gratitude. Whenever I got stuck, or had to find an answer to a problem, I was able to find a reasonable solution with just a few clicks. In so doing, I taught myself and learned some new tricks that not only opened my eyes to brand new concepts, but showed me how much easier it was to create something so intricate than it had been in the past.

I’ve never been all that intellectual when it comes to scripting languages, and after building the new site, I can say with all confidence that I’m still a baby bird learning to fly when it comes to understanding much about it. But, I was able to learn enough to use it, and give my client what they were asking for. It may not have been the most advanced, or the prettiest, but it worked, and that’s all that matters.

Then there’s the responsive design aspect, which, for those who don’t know, is a way to build a website that chooses a specific layout to display based on the screen size of different devices (such as the iPad and iPhone). It’s a great idea, and a nice way to avoid having to develop multiple websites for different screens (or allowing the full, computer-based site to live on all devices). My client was very keen on having that type of layout, so I had to make it work. I’ll admit, my first attempts at it failed, and I did have to completely recreate the website at one point in order to clean up my early mistakes (which actually sounds like a lot more work than it actually was).

But what I learned in doing so taught me so much and helped boost my confidence when choosing to work in that format in the future. I now understand what the limitations are and can now design around that to develop a site much faster and keep layout issues to a minimum.

I also found the need to learn a brand new program called Edge Animate, a web developer that on its face looks like Flash’s advanced younger brother, equipped with a much easier interface. I’m an Adobe Creative Cloud member, so it was as easy as a click to download the program to my computer. It helped me tremendously in creating a slideshow for the home page that I was getting nowhere with until I learned of its existence.

These are all skills that I would never have thought of learning (at least to the extent that I did) without having been asked to create them by a client. The whole experience has also given me the drive to continue learning; so much so that I’m itching to land another client just so I can continue learning. I’m even contemplating creating a faux website just so I can keep doing so with a series of frustrating failures that, if I’m not careful, will leave me bald.

Until then, I’ll have to be content in learning new ways to market my new business and get my name into the consciousness of the masses. I need new clients to keep Phoenix Moirai afloat, and unless people know I’m around, I’ll never find a footing as a viable company. I spent most of today setting up a new Google+ account, and have been looking into other possible ways to get my name and services out there… I’m even contemplating a Twitter account. For those who know me well will know how hard that will be for me (not because I’m computer illiterate, but because I’m hardly a social butterfly).

Completing my sister’s wedding video, as well as my first two jobs (the other being a business card and window decal for my older sister, who recently became an independent distributor for Herbalife) are a good start, and attending the Kiss the Brides Wedding Expo this weekend should also help in that department, but none of it’s enough to sustain my business, so getting people to notice, and pushing to spread word-of-mouth, is a goal I must focus on making a reality. The only way to do that is to continue to post… and talk, and pray that I (and those who support me) can make some noise in the next few months.

But that’s just one more thing to learn, which will help me become a better artist and a better businessman — but more importantly, a better person. If I wasn’t learning and constantly seeking new things and new ideas, I’d think I’d go mad with boredom… and creative stagnation.

Below is a screenshot of the my client’s home page, Click here to check out the entire site. 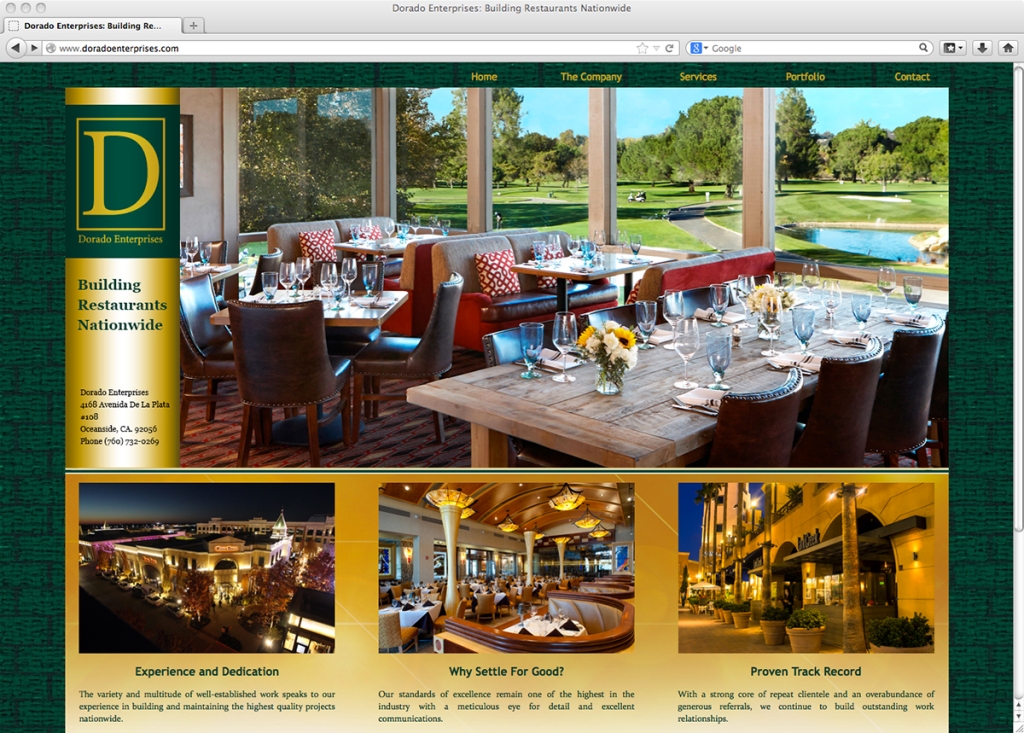 This entry was posted on March 26, 2014, 3:43 pm and is filed under Miscellaneous Stuff. You can follow any responses to this entry through RSS 2.0. You can leave a response, or trackback from your own site.